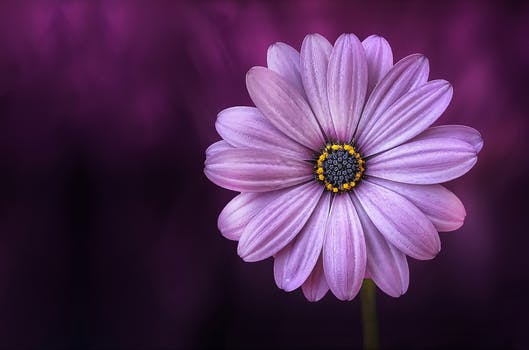 The Poem that Crossed Borders by Catherine Ann Lombard

With our Professional Certificate in Psychosynthesis commencing 2nd & 3rd of December 2017, we would like to share with you an article written by Catherine Ann Lombard, M.A.. It was originally published in loveandwill.com a website that promotes a psychosynthesis approach to living.

Next week I will be at Casa Assagioli in Florence, helping Gruppo alle Fonti host their International Meeting. The theme this year is “Synthesis,” a mighty big concept to come to terms with in less than a week. In anticipation, I have begun to reflect on what Synthesis means. The word comes from the Greek word syntithenai, in turn deriving from syn meaning “together” and thtehnai meaning “to put, place.”

The concept of Synthesis is complex because it is not only a quality or a state of being, but also a continual process, an attitude, an approach. I have written a number of blogs about Assagioli’s ideas on the synthesis of polar opposites. Basically, synthesis occurs when a pair of opposites continually interact until they are brought into equilibrium. Ultimately the opposites are transmuted into a transpersonal quality. Assagioli liked to draw triangles to illustrate his idea of balancing and transmuting these opposite energies into higher spiritual qualities.

Synthesis is a Unity of Multiple Syntheses

But synthesis is even more than the balancing of opposites. Assagioli writes that:

“Synthesis is not just between two opposites, but between multiple and heterogeneous endpoints. All syntheses of polarities are true but partial syntheses. Complete syntheses unite several elements into one organic unity.“

So you might try to imagine Synthesis as an infinite number of triangles (that is, polar opposites transmuted into a higher quality), which in turn are gathered and transmuted again into yet another higher form. This highest form, in psychosynthesis terms, is The Higher Self.

Synthesis is Full of Tension

Assagioli writes that any form of Synthesis is a “dynamic, creative balance of tensions.” Tension is something we often try to avoid, sooth, cover up or ignore. But without it, we can never achieve Synthesis. Assagioli noted that it is our task, our duty to work (and play!) with this tension. Through the work of psychosynthesis, we learn to become aware of and to practice harmonizing and transmuting our inner psychic and spiritual tensions. Whenever we work along with Synthesis, we are continually coming closer to ourselves, each other and God.

You can think of tension as being like the yeast in bread. Yeast activates, stimulates, and slowly enables the flour, water, salt and sugar to grow into an elastic dough. Without yeast, the flour can never rise and transmute into another form.

Assagioli noted that Synthesis is not an end to itself. It is not a static state. He wrote:

“Synthesis itself a part of a greater whole – itself moving to and struggling towards a greater synthesis.”

Even while this process of Synthesis remains dynamic and always changing, it is, paradoxically, consistent. This consistency is the framework that allows us to be creative within its ever-changing dynamism.

Synthesis is an Organic Unifier

It is important to remember that Synthesis cannot be forced, coerced or planned. But we can learn to cooperate, enable, and encourage it. Similar to our working with yeast when we bake bread, we can use our will to either help or hinder the process, not actually make it happen. As Assagioli wrote:

“Will is a synthetic power. It dominates multiplicity and wields it into unity.”

In his book The Act of Will, Assagioli writes how our bodies (what could be more organic?) are a marvelous synthesis of activities that entail every cell, organ, and groups of organs. With the higher purpose of keeping us alive and active, the body shows intelligent cooperation between its countless diverse parts and complex interactions. Assagioli reflects that the body is “a perfect demonstration of unity in diversity.”

He continues by quoting Teilhard de Chardin (1981-1955), French philosopher and Jesuit priest who trained as a paleontologist and geologist. De Chardin stated that the basis of all evolution – biological, psychological, and spiritual – produces both “complexification and convergence.” These are two of the fundamental and organic processes within any Synthesis.

Synthesis Operates Under a Unifying Principal

Synthesis is not random, but rather highly organized and hierarchical. Similar to how the body has a regulatory nervous system, Synthesis is also governed by the unifying principle of syntropy. Syntropy, as described by the mathematician Luigi Fantappiè (1901-1956), counterbalances entropy, which is the idea that the universe is gradually declining into disorder and unpredictability. Syntropy, on the other hand, “is a universal pattern of omnicontracting, convergent, progressive orderliness.” But most importantly, Fantappiè believes that human beings have an “anti-entropic reordering function.”

All these ideas are interesting enough to reflect upon, but now I want to share a story that I hope will better illustrate (and synthesize!) these various concepts.

Seven years ago, while I was struggling spiritually, I wrote a poem called “Here I am Lord”. I did not think much more about this poem, which was really more like prayer, until I signed up for a voice workshop during an interreligious women’s theological conference. We were asked to bring something to read to the workshop, and I thought this poem might be the right thing.

After I had shared the poem in the workshop, the president of the conference, a Rabbi from London wrote to me:

“That poem reminds me of the great medieval Spanish Jewish poets. Yehuda-ha-Levi and Ibn Gabriel. You capture the same spiritual endeavor. The joy and the despair. The longing and openness.”

What a surprise! And very touching. I certainly never aspired to write like any great medieval Jewish poet!

Then things started to get interesting… Soon afterwards, I interviewed a young Moslem women from Sudan for the university newspaper where I worked. She had been on numerous national councils, administrating environmental projects in Khartoum, especially those concerning women’s issues on health, energy, and education.

After the article was published, I received an email from Mohamed Ahmed Shabasha, a journalist and friend of hers from Khartoum telling me how pleased he was that I had interviewed her. He had visited my website, knew I wrote poetry, and asked if he could translate one of my poems into Arabic. I immediately thanked him and sent “Here I am Lord.” When Mr. Shabasha returned the translation to me, he said that he found it very beautiful and meaningful and offered to publish the Arabic translation in Sudan!

The poem did not rest there. A few months later, I found myself dining with a Syrian Orthodox Bishop from Turkey and a priest, a refugee from Damascus. Knowing that they both were fluent in Arabic, I brought them a copy of the poem to read. “This is beautiful!” they both agreed quite amazed. “This is really very good!”

And so this poem had organically crossed many borders – religious, linguistic, geographic and cultural – and managed to synthesize into one human experience. Not only were three faiths— Jewish, Islamic, and Christian – “put together” by the poem, but a multitude of heterogeneous and complex endpoints had also converged. For example, the internet for the exchange of emails, my job as a journalist, my spiritual struggles and the spiritual lives of others, women’s issues, the development of poetic language, and the fact that we all speak English.

[The above article is republished by kind permission of Catherine Ann Lombard, loveandwill.com]